Yale University Now Has A Course Exclusively To “Combat Whiteness”

One of America’s most prestigious institutions, Yale University, will officially be rolling out “the problem with whiteness” as a course for their 2018 teaching of African Cultural Studies, according to a syllabus obtained by The College Fix and the course listed on their website.

Listed as being taught by Claudia Rankine, poet and author of the identitarian play “The White Card,” the private Ivy League research university has taken it upon themselves to invest their money in teaching undergraduates what it “really means to be white” — stating it will look at the race as both a “social construct and economically incorporated entity” and have students“create a lab for the construction of counter-narratives around whiteness” in the form of plays, poems, memoirs, among other creative forms.

According to the syllabus, which has not be released in full, the course is supposedly broken down into eight topics:

During these eight subjects, students are reportedly required to read Michael Kimmel’s analysis of white identitarian movements in his book “Angry White Men: American Masculinity at the End of an Era,” Richard Dyer’s self explanatory “White: Essays on Race and Culture,” and Richard Delgado and Jean Stefanic’s “Critical White Studies: Looking Behind the Mirror.”

Students are also encouraged to read feminist literature in Hazel Carby’s “White Woman, Listen!”, Juliana Spahr’s poem “My White Feminism,” and, in a shameless act of self-promotion, Rankine’s own work “The White Card,” now being turned into a production by Boston’s Emerson Paramount Center, the plot centered around this dinner conversation question:

But what exactly is whiteness? Surprisingly enough, not everyone is going to give you a simple answer. Whereas the blind are lost for descriptive words and the nominal person points to the color of light, universities and racial activists are divided on the whole “white question” — a phrase that could arguably read with the exact same toxicity of the far-right’s own “Jewish question.”

As Vice’s senior editor and racial activist Manisha Krishnan so proudly declared, it’s “literally impossible to be racist to white people,” dismissing the idea whiteness can be considered a group of individuals who share an arbitrary trait and can thus be discriminated against upon this basis.

Krishnan proceeded to express her support for Ryerson University’s organization, the Racialized Students’ Collective, who kicked two white journalism students out of their meeting because they “weren’t marginalized or racialized” as white people.

Yes, as students Julia Knope and Trevor Hewitt were chastised for somehow not being a racial identity that was discriminated against, the pair were reduced to their white identity and told to leave the space of the oh-so-important intersectional folks.

This particular concept of whiteness, a group occupying a higher place within the intersectional stack of ethnic groups than any other skin color, is better explained by The University of Calgary’s definition of the term:

“Racism is based on the concept of whiteness — a powerful fiction enforced by power and violence.

Whiteness is a constantly shifting boundary separating those who are entitled to have certain privileges from those whose exploitation and vulnerability to violence is justified by their not being white.”

This was echoed by a presenter at Portland Community College who stated it was an “academic term” during the university’s “Whiteness History Month”:

“This is the definition of whiteness that didn’t really start until the early 90s, actually using the term ‘whiteness’ and white power. It’s an academic term used to describe the social and political construct of white identity and relates to race and cultural norms. It examines the systems of normalcy related to these privileges and advantages.

So there are privileges and advantages to being white in this society. So this is a term, and this is the term that we use to investigate white power privilege here at PCC this month.”

Why I am lost for words is because of how remarkably similar the rhetoric is to the philosophy posited by neo-nazis and the alt-right — adapted with a guilty lens for “academic” purposes where students show implied support for the other team. Yale University is hardly the first institution to use funds for an activist course racializing white people though.

In 2017, The Washington Post gave attention to The University of Wisconsin’s controversial course titled “The Problem With Whiteness” — teaching students how the white class somehow “consciously and unconsciously perpetuate institutional racism” against other groups placed on the intersectional stack, all in the interest of making them “#woke.”

This course is being taught by Assistant Professor Damon Sajnani, a rapper who also goes by the names Professor D and ProfessorD.us, who teaches both African Cultural Studies and the relationship between Rap Music and Social Justice at the university: 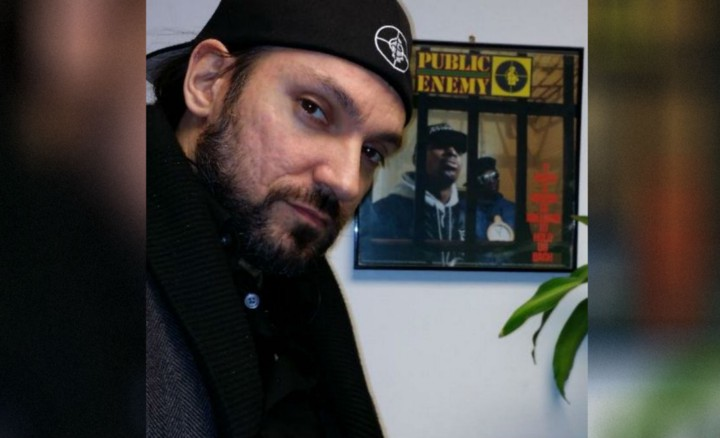 According to the university website, “The Problem With Whiteness” was drafted with the consideration of Noel Ignatiev’s controversial philosophy — an American historian who co-founded the journal Race Traitor that infamously promoted the idea that “treason to whiteness is loyalty to humanity” — who the university directly quote.

Speaking to The College Fix in a telephone interview, Professor Sajnani reportedly said:

“Whites rarely or never questioned what it is to be white, so you go through life taking it for granted without ever questioning or critically interrogating it.

CNN reports the course eventually caught the attention of Wisconsin’s own Republican Rep. Dave Murphy, also chairman of the Assembly Committee on Colleges and Universities, who demanded the cancellation of the course for promoting racial division, activism, and “the concept that white people are [inherently] racist”, as it so evidently does, or face funds being pulled from the state university:

“Even more troubling, the course is taught by a self-described ‘international radical’ professor whose views are a slap in the face to the taxpayers who are expected to pay for this garbage.”

The university was then forced to apologize for the course, but doubled down on teaching it for another semester, releasing this double-speak statement:

“We believe this course, which is one of thousands offered at our university, will benefit students who are interested in developing a deeper understanding of race issues. The course is a challenge and response to racism of all kinds.”

This was before a recent statement the university made to CampusReform’s California Campus Correspondent Celine Ryan stating it would no longer exempt minority students from the fees it charges for one-on-one tutoring sessions — a violation of the university’s nondiscrimination statement.

But the discrimination doesn’t stop there.

Stanford University offered a class in the fall of 2017 called “White Identity Politics,” another mono-racial cultural-political dissection being taught at a prestigious university, the course explicitly telling students the aim was to “survey the field of whiteness studies” and the “possibilities of…abolishing whiteness or coming to terms with white identity.”

Essentially telling students either whiteness must face the sword or the other races have to deal with their existence, implying their racial superiority over them is to be condoned. How very progressive that dichotomy is.

The President of Evergreen State College George Bridges announced they are expecting a 20% drop in enrollments for the upcoming fall semester — after the controversy last year during the “day of absence,” an event where students of color forced white students off the campus. This was the event that saw the rise to fame of former Evergreen biology professor Bret Weinstein, a self-professed ‘anti-racist progressive’ who was forced off the grounds for disagreeing with the activism on its discriminatory grounds.

Speaking to The College Fix, former professor Michael Zimmerman summed up the state of racial tensions in American universities quite clearly:

“The enrollment crisis at Evergreen, and make no mistake about it, it is a crisis, will not be fixed until the actions of last spring are acknowledged and their underlying causes addressed. To pretend that students fleeing Evergreen is simply a function of the economy or because of bad press generated by the far right is both misleading and counter-productive.”

“Other institutions have had events like this in the past, and enrollment has spiked down and come back up. I’m not happy about that, but I’m not panicked. We need to focus on the mission of the college, serving the students we have now, and fixing up the curriculum to serve the needs of the students who are coming at us.”