I trust our readers aren’t heavily invested in the cringe cinema that is the “50 Shades Of Grey” series, the adaptation of the literal Twilight fan-fiction turned best selling cum-rag written by E.L. James, but there’s a noteworthy scene regarding an infamous contract.

Rather than just your standard non-disclosure agreement or marriage contract, which was how business and sex used to be conducted, the film series’ two leads, the dominant almost-rapist billionaire Christian Grey (Jamie Dornan) and his submissive whipping-post Anastasia Steele (Dakota Johnson), before they begin any naughty relations and violence between the sheets, sign legally binding evidence of their consensual sex.

Imagine a similar scenario with your own partner — even a one night stand you may have had — only after the cinema and wine, when the relationship is approaching a sexual milestone, the tension breaks because the two of you have to log into a Black Mirror-style digital app to ensure you have each party’s explicit legal consent recorded online to make it clear neither one of you is or will be some violent rapist who can’t tell “no” from “yes”.

Created by the Dutch company LegalThings, that sex app is now a reality in the shape of the controversial new LegalFlings.io, a phone app that “allows you to request consent from any of your contacts” by forming legally binding contracts with them before you engage in sexual activity.

“Asking someone to sign a contract before having sex is a little uncomfortable. With LegalFling, a simple swipe to consent is enough to legally justify the fling,” LegalFling chief executive Rick Schmitz said in a statement.

Originally reported in The Daily Mail, the company states they have implemented “penalty clauses”, such as cease and desist letters, which are presented to users to prevent illegal offenses and allow for accountable evidence to be presented to the courts.

On their website, LegalThings claim the app was a response to the concerns raised in the recent #MeToo feminist movement, the Hollywood born campaign against sexual assault, sexual harassment and perhaps blurred line sexual intimacy altogether, as well as the recent laws from Sweden requiring explicit consent before sexual contact.

In a statement on the firm’s website, a spokesman said:

LegalFling creates a legally binding agreement, which means any offense is a breach of contract. By using the Live Contracts protocol, your private agreement is verifiable using the blockchain and enforceable with a single click.” 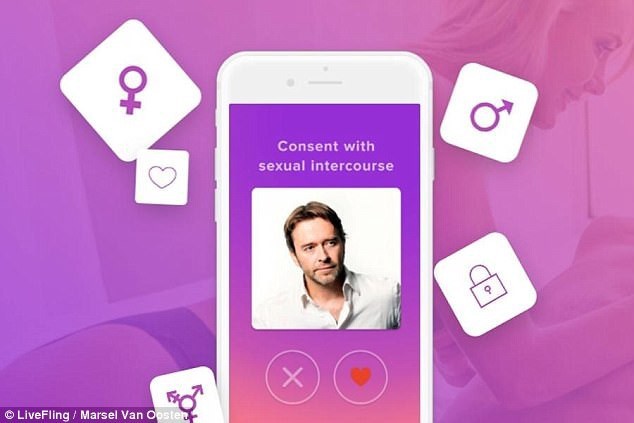 It’s essentially an online paper trail of your sexual history and identity, with your body having a terms of service that you may actually read. 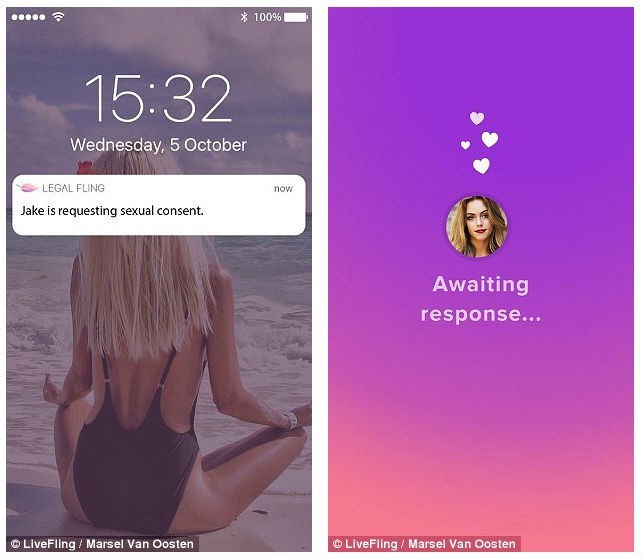 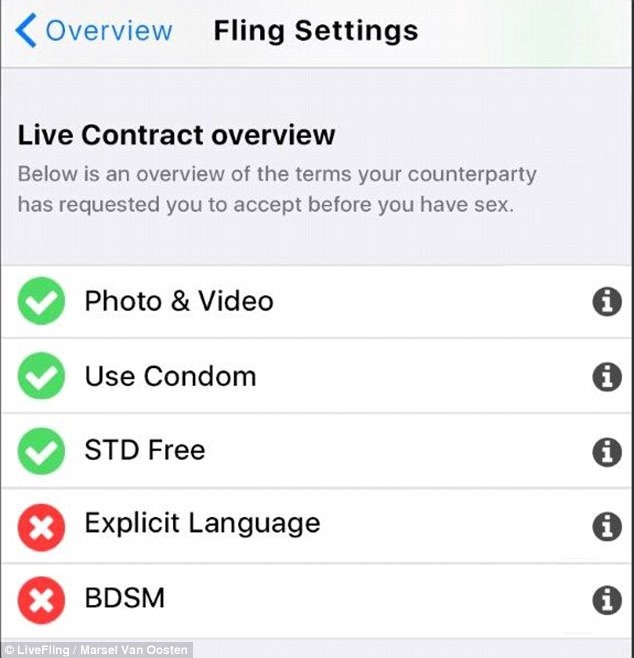 As elaborated on by Vice’s Motherboard, the app attaches what’s known as a “cryptographic hash of the [sexual] interaction (a string of characters that represent the text)” to a “small amount of cryptocurrency” sent through the Waves network, a “blockchain platform” that’s quite similar in security and anonymity to Bitcoin.

The article’s author, Motherboard’s associate editor Samantha Cole, reveals that this hash is then permanently placed on the blockchain for anyone in the public to see, which already gives rise to concerns of internet and sexual privacy. It also raises questions about whether consent, to your body or information, is better left to your spoken word that can be withdrawn at any moment, or a combination of app preferences and blockchain technology.

The app, of course, was quick to be criticized for these potential dangers.

“This does seem to me that at best, it’s technology being thrown at a problem before really understanding it properly,” business startup mentor Annie Parker told SmartCompany, “or at worst a founder who is looking to ride the wave of PR and try and gain notoriety.” Going on to call the site “morally wrong”. 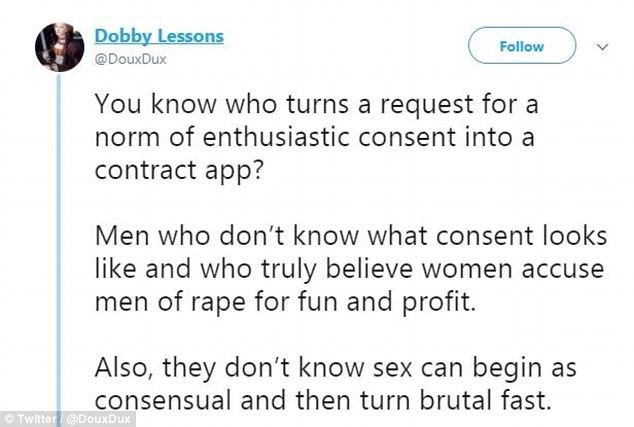 “You know who turns a request for a norm of enthusiastic consent into a contract app?” asked Dobby Lessons. “Men who don’t know what consent looks like and who truly believe women accuse men of rape for fun and profit”

“You can’t have a “legally binding contract” for sex,” said LGBTQI legal activist and law trainee Paul Kidd. “Consent for sexual activity isn’t a contract, it can be withdrawn at any time including after sex has started. This is ridiculous.”

And he’s right. This proposes a huge issue when it comes to assault within the courts. If a rape were to occur, the defending assaulter would be within his rights to rape someone because, by the victim’s signing, it’s technically not rape until she taps “no” on her phone.

The written consent, which can be presented as proof to the court, would trump any spoken consent or screams of “no” between each party. God forbid your rapist takes your phone before he attacks you.