No, this is not some rejected satire piece submitted to The Onion. It turns out that Andrew “Weev” Auernheimer, the notorious hacker and current co-editor for the neo-Nazi “news site” The Daily Stormer, is actually of Jewish descent.

Rumours of Weev’s Jewish heritage began circulating after Adrian Chen’s report for Gawker in 2012, interviewing Weev before he served his jail sentence for “identity fraud and conspiracy to access a computer without authorization.”

In the interview, Weev had made statements briefly admitting he was of some Jewish descent, however, neo-Nazi and far-right websites, such as Rightpedia, have never accepted his statement and have speculated, in their own rather tongue-in-cheek fashion, that Weev only did this to get quote: “better treatment” from what they describe as the “United States jewdicial system.”

Again, this is not an Onion satire piece.

In an interview with Newsweek’s journalist Michael Edison Hayden, the neo-Nazi troll’s own mother, Alyse Auernheimer, revealed in a Shaun King-like fashion that her son, who in the past has made statements that Jewish children “deserve to die,” has Jewish relatives on “both sides of his family.”

People said the same thing about Weev, even after he got a swastika tattoo. He's just "trolling" they insisted. pic.twitter.com/tPEokxd5iV

“He doesn’t like us,” Mrs. Auernheimer told the publication, condemning his stance on the murder of Jewish children, detailing how her son originates from a “large, mixed-race family” with ties to Native American heritage and “most certainly” of Jewish lineage across both parents.

Newsweek continued to elaborate that Weev, who is currently 32, has been estranged from his family for over a decade, deciding in 2014 to work on the technical administration for The Daily Stormer, answering to fellow neo-Nazi editor-in-chief, Andrew Anglin.

Weev blames the Jews for the loss of his website’s dot com domain, with their publication having to change addresses as though they’re the new Pirate Bay.

“Someone has to step in,” Weev said on Radical Agenda with Christopher Cantwell, the known tiki-torch carrying white nationalist currently under house arrest for allegedly using tear gas and pepper spray at the “Unite the Right” rally in Charlottesville, Virginia last August.

“If you don’t let us dissent peacefully,” Weev continued, “then our only option is to murder you. To kill your children. To kill your whole families. There is only one thing absent free speech that we can do to express our dissent and that’s to slaughter you like dogs, and you’re gonna have it coming and your children will deserve to die.”

Weev’s pro-slaughter comments making the host nervous resulted  in Cantwell’s interjection that killing Jews “is certainly an undesirable option I’ll state for the FBI agents and prosecutors who are listening to this show.”

What’s ironic about Weev’s words, which echoes every single genocidal sentiment from their pro-Nazi orthodoxy, is they mean nothing to these people due to the man being unable to attain a pass by their biological “purity” standards. It shows the intellectually unprincipled nature of Nazi ideology, in service of their irrational, downright stupid racism that forces them to eat their own. Weev’s case is hardly the first time neo-Nazis, in spite of their beliefs and rhetoric, have been revealed to be Jewish and disowned by their own base.

Mike Peinovich, commonly known by his pseudonym Mike Enoch, was the leader of the alt-right, white nationalist blog called The Right Stuff, hosting several of his podcasts that promoted Nazi ideology, ethnic cleansing (peacefully or otherwise), as well as the development of a purely white populated ethnostate.

What happened to the dear “whitey” Peinovich? Well, it just so happened that in the winter of 2017, his private information was doxxed by his fellow Neo-Nazis. After the data-dump, Salon was first to report that the man had previously been married to an “ethnically Jewish” woman, forcing his resignation after serious backlash for “race-mixing.” 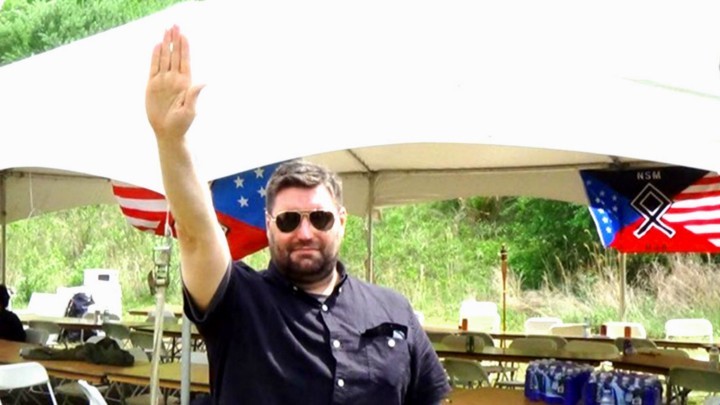 “Yes my wife is who they say she is, I won’t even bother denying it, I won’t bother making excuses,” Peinovich wrote in a post on The Right Stuff’s password-protected forums. “If this makes you want to leave the movement, or to have nothing to do with TRS, then I understand. Don’t lie for me. Don’t try to defend me to those attacking me. Don’t jeopardize your own reputation by defending things that you don’t think you can.”

His resignation resulted in enthusiasm from the white nationalist movement, expressing their contempt for what they described as a racial treason in spite of his pro-genocidal views.

“Enoch’s rants were both enlightening and triggering, but now I cannot listen to them the same way again,” one viewer allegedly wrote, according to Salon. “It just feels like they’re just more actors in the same play being orchestrated by the Jews.”

“I’m going to bed but I want everyone involved with this doxxing to think about contributing something to replace TRS rather than pissing on its grave and saying that they did the right thing,” wrote another. “So far you have fucked up royally.”

Kevin Wilshaw, the longtime Neo-Nazi and organizer for Britain’s ethno-nationalist party The National Front, admitted to Channel4 that he was both gay and had Jewish ancestry on his mother’s side in October 2017. 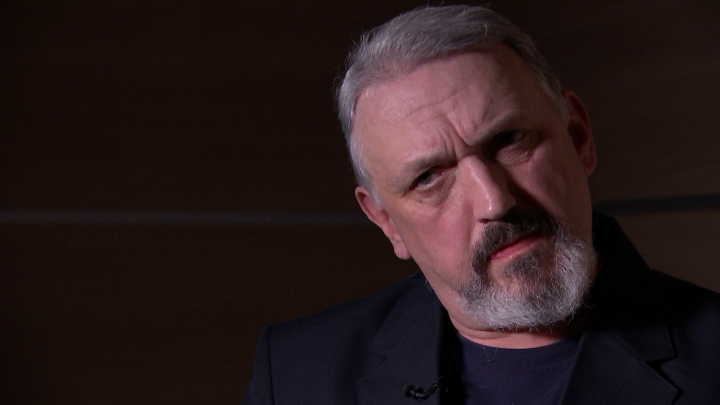 “On one or two occasions in the recent past I’ve actually been the recipient of the very hatred of the people I want to belong to,” Wilshaw confessed to Channel4 reporter Paraic O’Brien. “If you’re gay it is acceptable in society but with these group of people it’s not acceptable, and I found on one or two occasions when I was suspected of being gay I was subjected to abuse.

It’s a terribly selfish thing to say but it’s true, I saw people being abused, shouted at, spat at in the street — it’s not until it’s directed at you that you suddenly realise that what you’re doing is wrong.”