At the age of just 13-years-old, Samantha Geimer was raped by a monster. Smeared as a money-craving con-artist, a scared teen seductress-gone-wild, and a rape victim who wasn’t really raped, it was immoral Hollywood who jumped to the aid of the convicted perpetrator instead.

The latest smear-arrow came in the form of a resurfaced audio clip of controversial film director Quentin Tarantino who defended the convicted child rapist in a 2003 interview on The Howard Stern Show:

Embroiled in the #MeToo controversy, confessing he knew of producer Harvey Weinstein’s abusive behavior and facing criticism for a new interview “Kill Bill” star Uma Thurman gave with The New York Times, the tape has certainly not aged well.

Stern asked Tarantino about comments he made to reporters about Polanski where he said he “didn’t consider him to be a rapist.” Tarantino, pressed on the case details of the man supplying his victim with alcohol and drugs, said:

“He didn’t rape a 13-year-old. It was statutory rape… he had sex with a minor. That’s not rape. To me, when you use the word ‘rape’, you’re talking about violent, throwing them down — it’s like one of the most violent crimes in the world.

You can’t throw the word rape around. It’s like throwing the word ‘racist’ around. It doesn’t apply to everything people use it for. She wanted to have it and dated the guy. Look, she was down with this. She’s talked about it.”

But oh, this was the pre-Weinstein Hollywood, folks. As The Daily Beast’s own Amy Zimmerman noted, “this is from a time when it was not uncommon, or even particularly frowned upon, for famous people to defend their famous, rapist friends.” Even when that rapist accepted a plea deal in 1977 — over forty years ago now — admitting guilt to giving this girl glasses of Cristal champagne, the once legal drug known as Qualuudes and proceeding to rape the young girl despite her multiple screams of “please, no, stop.”

Tell this story today and you get Whoopi Goldberg hailing you on The View as the new hero of the #MeToo movement. What did you get before this cultural moment? 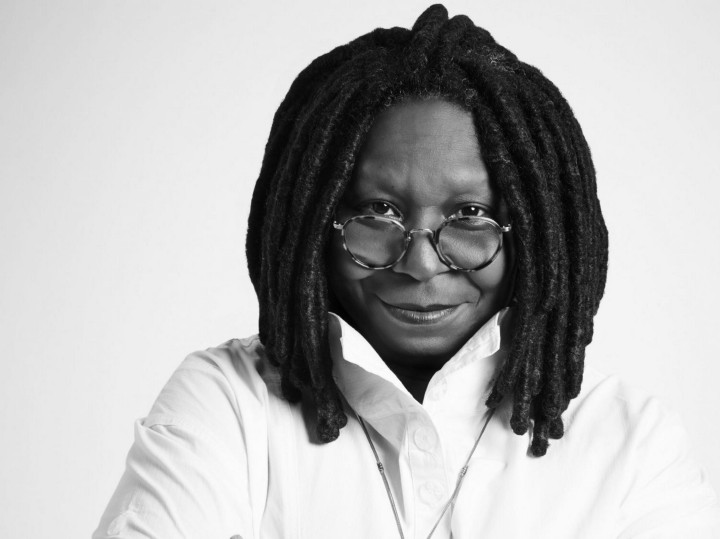 Well, on The View in 2009, Goldberg proclaimed Polanski as a figure worthy of nuance, or rather, a victim of unfair coverage:

“It was something else but I don’t believe it was rape-rape. He went to jail and when they let him out he was like, ‘You know what, this guy’s going to give me a hundred years in jail. I’m not staying.’ So that’s why he left.” 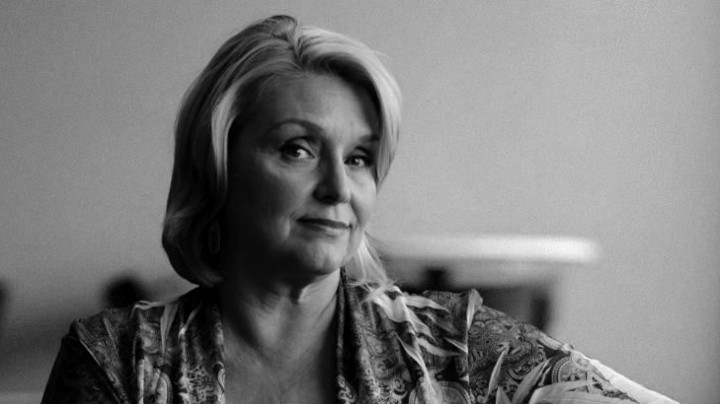 Contrary to what Tarantino seems to believe, Geimer was not “down for this,” as the now 53-year-old reminded the controversial director in her response in New York Daily News:

“I hope he doesn’t make an arse of himself and keep talking that way. I do not need other people weighing in on what it’s like getting raped at 13.

I’m not upset, but I would probably feel better if (Tarantino) realises now that he was wrong, after 15 years, after hearing the facts. Nobody has to be pissed off on my behalf. I’m okay.”

In her 2013 book “The Girl: A Life in the Shadow of Roman Polanski” Geimer wrote about how she had made peace with the whole incident and had forgiven the convicted director. She then stated that Polanski’s short six weeks served in prison under a court-ordered evaluation — before he fled the country the night before his 1978 sentencing hearing — were enough for her.

And the rest of Hollywood too, it seems.

Still a currently-working success story within the industry, paired alongside top A-list stars in the field, one may be tempted to compare his case to the nuanced affair of another controversial director, Woody Allen — accused of molestation by his adopted daughter Dylan Farrow.

As Vanity Fair admit, Allen was never convicted of or admitted to a crime, successfully passed two lie-detecting polygraph tests stating his denial, with members of the Allen-Marrow family split on whether the crime actually took place or whether his accuser Dylan was coerced into believing her claims by the likes of Allen’s ex-wife Mia Farrow. 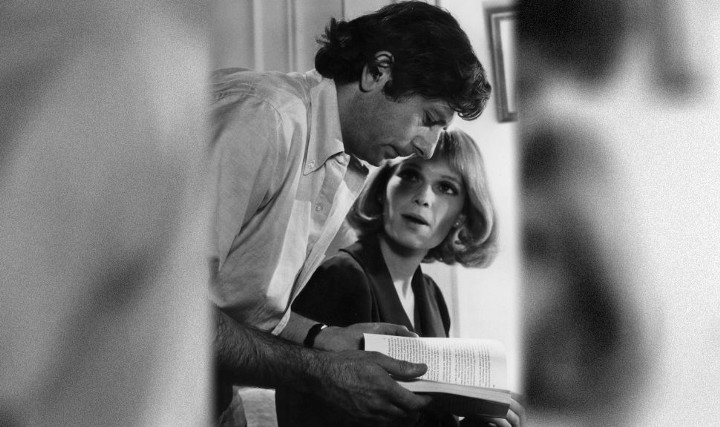 In fact, in 2005 it was the Rosemary’s Baby actress herself who testified in defense of her former director Polanski in a libel case against Vanity Fair. Farrow flew to London to testify to what happened when she met Polanski at Elaine’s, a well-known New York media hangout, in August 1969.

It was there that the magazine alleged Polanski the felon, shortly after the death of his wife Sharon Tate at the hands of neo-Nazi Charlie Manson, was hitting on some random “Swedish beauty,” sliding his hand between her thighs and promising to make her the next Tate.

“I feel there’s a big distinction — for men maybe — between relationships and having sex. I don’t see that as disrespect of Sharon…I would swear that on a stack of Bibles.”

Convicted criminals and potential repeat offenders like Polanski, admitting guilt and fleeing justice anyway, are hardly as nuanced a case as Allen.

Around September of 2009, The Guardian reported that he was arrested by Switzerland police at the Zurich Film Festival before he was set to receive a lifetime achievement award — an ironic way to see your life interrupted, I must say.

And who leaped to his aid once more? Hollywood, of course! It was then that an infamous petition — signed by 138 celebrities within the industry from Tarantino to Allen to Harvey Weinstein — began to circulate demanding the man not to be returned to the United States to serve out his sentence. 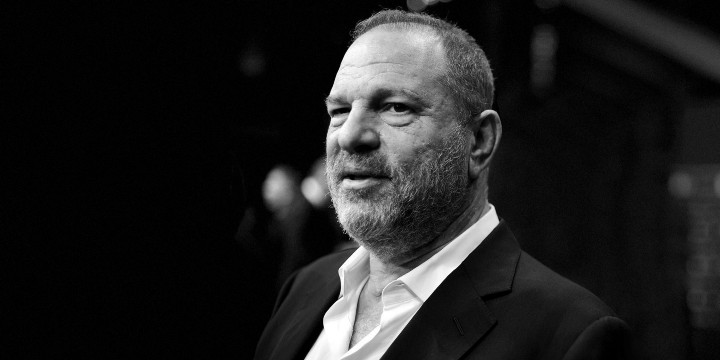 In a 2009 op-ed in The Independent, the disgraced producer and serial rapist Weinstein — considered the most powerful man working in Hollywood at the time — recalled the “legal irregularities” he noticed when watching a private screening of the documentary “Roman Polanski: Wanted and Desired” with Tarantino. With the consent of the mainstream media, the man tried to rally voices behind Polanski’s freedom saying:

“Thierry Frémaux, the director of the Cannes film festival, and I are calling on every US filmmaker to lobby against any move to bring Polanski back to the US, where he could face life in jail. Whatever you think about the so-called crime, Polanski has served his time.” 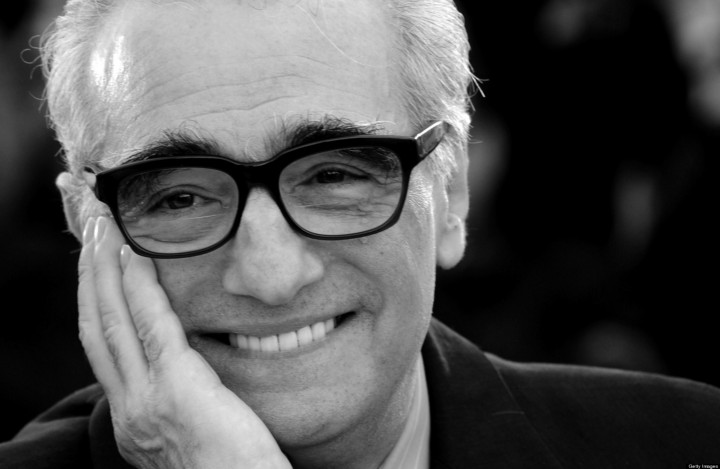 And in the perfect Harvey Weinstein fashion, the man dragged even more Hollywood big-shots down this hole with him writing:

“When Martin Scorsese was up to win best director for Gangs of New York, we faced Polanski and The Pianist. We were campaigning hard for Marty because he had never won best director, but when Marty lost to Roman, he turned to me and said: ‘I’m so happy right now. Of all the people in the world that I’d want to lose to, it’s Roman. You have to understand that Polanski’s films have influenced me as an artist all these years and his terrible political situation has been something we have all had to suffer through. We won because Roman won.’” 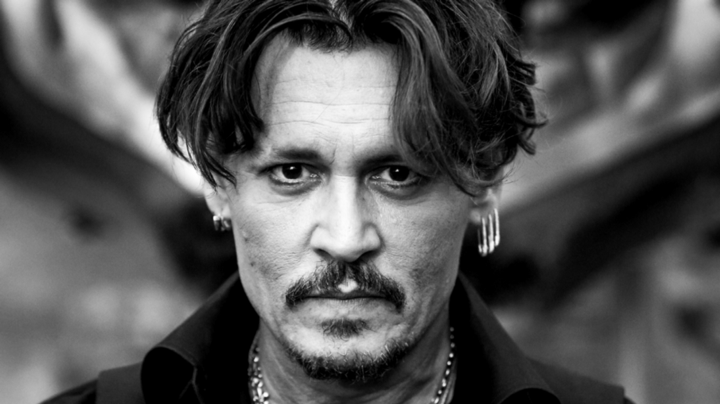 More followed of their own accord. In 2010, Johnny Depp — currently accused of domestic abuse by his ex-wife Amber Heard — gave a brief interview appearing to defend the director as being better than portrayed, framing him the victim of a con-artist game to exploit money from tragedy:

“Roman is not a predator. He’s 75 or 76 years old. He has got two beautiful kids, he has got a wife that he has been with for a long, long time. He is not out on the street.

Why now? Obviously there is something going on somewhere. Somebody has made a deal with someone. Maybe there was a little money involved, but why now?”

Why not? Why is Hollywood refusing to purge one of their most egregious, proven criminals of the last four decades? He went to jail, was hunted like a monster, and yet here he remains as one Hollywood’s most powerful predators without real accountability in sight. The morality of Hollywood, by all accounts, is just utterly bankrupt.