Progressive-dominated Silicon Valley, obsessed with intersectional ‘equality,’ is not above playing games of contradiction. They, of course, will deny this observation — even when they commit the very same problematic sins of their exiled enemies.

Susan Wojcicki, the current CEO of YouTube, is the perfect example of such contradiction. She’s no stranger to the politics of the progressive stack — in which there’s a hierarchy of power causing inequalities between (among other groups) the sexes, perceived to be the result of some intangible institutional sexism.

Allowing such a hierarchy to exist is problematic politics of the highest order, according to feminist and progressive circles, because it results in an arbitrary “lack of diversity” in a field with little to nothing to do with gender representation or public policy — tech.

If one scans over the technical industry, women are the minority class occupying a majority male populated field.

According to a statistics report from Sage Lazzaro of The Observer, women really do occupy 25 percent of computing jobs, 28 percent of computer science degrees, 5 percent of tech startup owners, 7 percent of partners at top 100 venture capital firms, 11 percent of executive positions at Silicon Valley, and earn 29 percent less — on average — than their male colleagues in different or similar positions. All this while 74 percent of young girls express interest in STEM fields and computer science, changing fields by their own choice for a variety of reasons.

Classical liberals, libertarians, and conservatives see this: a complex society at work with freedom of choice. It’s a non-issue, they argue, compared to their progressive counterparts who desire equity come hell or high water.

Such a difference sparked odds between Wojcicki, the ardent feminist who wants gender equity in the industry, who was part of the team at Google that decided to fire the controversial former tech engineer in Mr. James Damore: 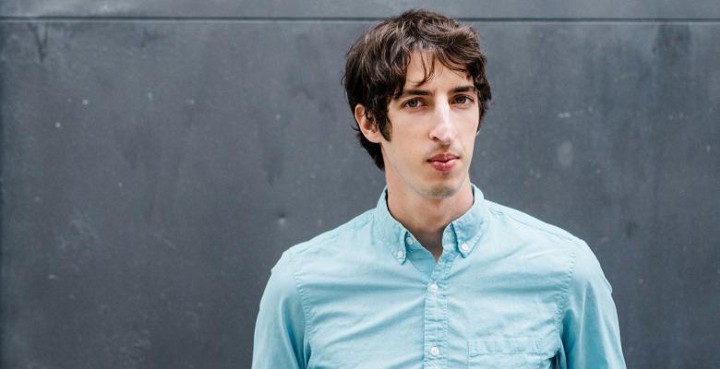 In early August 2017, TrigTent reported on the soft-spoken Google employee who was fired for authoring a leaked company-wide memo criticizing specific practices being employed — potentially illegally — in the interest of Google “promoting diversity” and discriminately inflating the numbers of workers, based on sex, for an even 50 split.

In the memo, supported by provided statistics and evidence, Damore was proposing non-discriminatory methods in which the company could draw in a female work-force to the tech industry, all the while explaining the natural differences in choice that he believed to be responsible for Google’s gender-gap.

Google CEO Sundar Pichai claimed Damore’s termination was on the grounds of “advancing harmful gender stereotypes in the workplace,” according to Recode.net, who also joined the likes of The Young Turks, The Guardian and Al Jazeera in labeling the pro-diversity worker as a “sexist.”

There was even a report in The Atlantic exposing how left-wing tech outlets like Gizmodo (previously owned by Gawker) were republishing an edited version of the memo without Damore’s provided citations — while they discredited his memo claiming it had no citations or evidential basis in reality.

However, it appears now as if the story has come full circle.

Last Tuesday, Mashable, a notoriously far-left opinion site, reported on the “problematic” comments made during a company town hall for MSNBC titled “Revolution: Google and YouTube Changing the World.” And who were those problematic comments made by, you ask? None other than Susan Wojcicki herself.

“I think the problem is, is that computer science as a whole and tech as a whole has a reputation of being a very geeky male industry,” she said. “And so if you look, not within the industry, but just as an educational pipeline, you see that we only have 20 percent of women graduating with computer science degrees, and that’s a problem in and of itself, because that means we don’t have enough people graduating who have those degrees.”

“And you say, well, why is that?” Wojcicki then asked. “I think it has to do with these perceptions that the computer industry is, a geeky, not very interesting, not social industries, and it just couldn’t be further from the truth — I do think there’s a stereotype that causes [women] to not go into it and then when women don’t go into it, those problems become a lot harder.”

It was after the town hall’s female host, Recode Decode’s own Kara Swisher, pushed back on Wojcicki’s comments that Google CEO Sundar Pichai cited why women aren’t pursuing or staying in the industry: 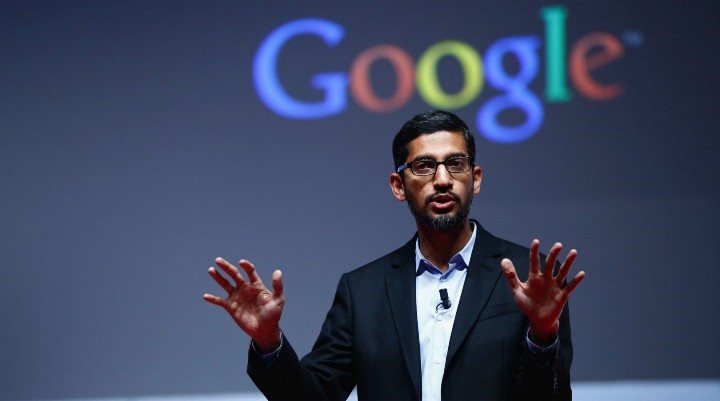 “We need to be more welcoming to women” he began to elaborate. “We need to make the jobs more interesting. Women typically look for jobs with a purpose. Studies show that. I think it’s important for them to see the why of why you need to need technology.”

On what basis does Pichai make this statement? Oh, the very same 2010 Social and Personality Psychology Compass study by Dr. Richard A. Lippa which was cited by Damore.

In the complete memo, Damore explained the there is a gender difference based on our natural inclinations, saying women — on average — gravitate towards “feelings and aesthetics rather than ideas,” meaning #NotAll women are interested or disinterested in the conceptual industry of tech rather than people-focused fields, continuing to explain this is “also interpreted as empathizing vs. systemizing.”

Damore’s memo continued to explain our gender differences in women’s natural, average inclination towards “extraversion” leading to lower negotiated salaries and the disparity in women wanting to take leadership positions.

In 2011, Kim Elsesser, a lecturer at UCLA, published a study in the journal Human Relations, finding 54 percent of 60,000 American respondents said they wouldn’t care if they worked under a male or female manager. 33 percent said they’d rather have a male boss, while 13 percent preferred a female over a male.

Journalist for The Atlantic Olga Khazan found participants of both sexes to describe female bosses as quite “emotional,” “catty,” or even straight up “bitchy,” even when studies show this behavior — when identical to a man’s performance — isn’t all poorly received by both sexes.

Damore also cited the average gender disparity in “neuroticism” — the technical term for higher anxiety and lower stress tolerance, which is one of the Big Five higher-order personality traits in the study of clinical and evolutionary psychology.

Later in the town hall, Wojcicki and Pichai failed to see their ironic agreement with Damore, labeling this technical use of “neuroticism” to be a politically incorrect buzzword that’s a “stereotype” — essentially labeling the language of evolutionary psychology problematic and offensive.

Wojcicki called Damore’s plan to get more women in tech — framing it as a justification for the “bro-culture” of tech — as a “fundamental attack” on the female sex itself, completely misrepresenting the memo’s intent, its arguments and its conclusion altogether: there are complex, multi-layered reasons as to why the female workforce isn’t interested in the status quo of tech, suggesting there needs to be direct reform if you want women to come of their own volition.

Recalling a conversation she had with her children, Wojcicki said “the first question they had about it was, ‘Is that true?’ That really, really surprised me, because here I am — I’ve spent so much time, so much of my career, to try to overcome stereotypes, and then here was this letter that was somehow convincing my kids and many other women in the industry, and men in the industry, convincing them that they were less capable. That really upset me.”

In TrigTent’s latest article on Damore, the former Google engineer alongside former employees have filed a class action lawsuit against the tech giant based on racial and political discrimination. Filed with the Santa Clara Superior Court of California, Google is accused of potentially violating — on a routine basis — “Workplace Discrimination on the basis of Gender and/or Race in Violation of FEHA” and “Workplace Harassment in Violation of FEHA,” according to the lawsuit as reported by Fox News.

“Damore, Gudeman, and other class members were ostracized, belittled, and punished for their heterodox political views, and for the added sin of their birth circumstances of being Caucasians and/or males,” the lawsuit alleged. “This is the essence of discrimination — Google formed opinions about and then treated Plaintiffs not based on their individual merits, but rather on their membership in groups with assumed characteristics.”

One section details Google’s stance on families, with Damore and company alleging the tech giant’s HR department to have harassed an employee with the belief “conservative and traditional parenting techniques were unwelcome at Google.” This was followed by a section alleging the Google forums were openly fine with the alternative lifestyles of almost any other group though, “including furries, polygamy, and plurality.”

It’s clear that Google, having crossed a line in their political decision, haven’t come to terms with the reality of women’s empowerment. Through their agency, women have made great strides in gaining autonomy which has pushed them away from the corrupt tech space occupied by the progressive church of Google. In one breath, they deny psychological concepts and averages, cry of sexism and complain about the lower pay for their female workers — who they sign the cheques for — while acknowledging the same disparity is caused by, among other things, our choices and freedoms, as outlined by Damore. Whether they actually want to make progress or make gendered power plays will have to unravel in the oncoming months.