What is racism, really? Ooh, what a way to start a conversation! We all know that real racism is deliberate efforts to persecute or subjugate a person because of their race. But is it also bad jokes?

Where do we draw the line? And more importantly, how should we react when we are confronted with something we don’t like or agree with?

If we are to follow the example of the Internet, we react very, very poorly. Like, epically poorly. So poorly, it staggers belief.

America’s history is not great when it comes to racism. In the past we not only abused people because of their race, we made jokes about it. There is a long line of movies, TV shows, and comedy routines that have cruelly poked fun at an ethnic group. I mean, this once considered okay: 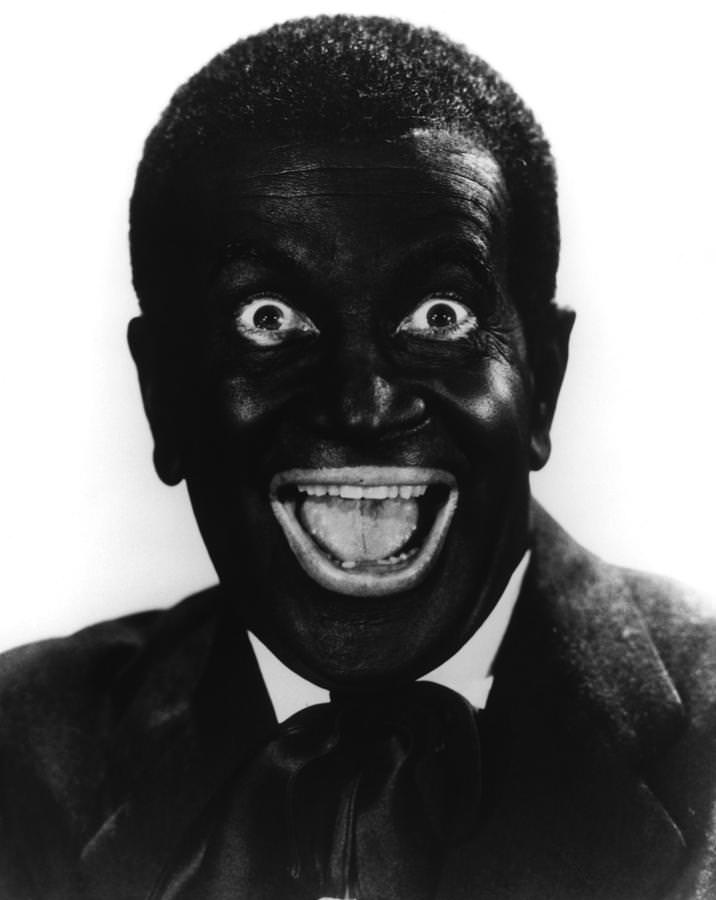 So obviously, today, people can be touchy about racially-charged humor.

But is making a joke about a person’s race the same as, oh I don’t know… denying them voting rights? Or preventing them from getting a job, or owning a home, or eating at a restaurant?

Today people are so afraid of stepping on someone’s toes that they can’t even poke fun at anything. Even the slightest, most benign comment, can be blown out of proportion. A bad joke can destroy someone’s career. That has happened.

So maybe we need to address the knee-jerk, overreactions we express online? Maybe we need to take a deep breath and acknowledge that a bad joke about race is not the same as Hitler marching Jews into ovens.

And who better to address this sensitive issue than Seth MacFarlane?

"Family Guy" and its creator, Seth MacFarlane, have made no effort to hide that they aren't fans of the political right. But in last week's episode, MacFarlane and the "Family Guy" writers took a break from suggesting Republicans are Nazis to pick on a new target: outraged internet leftists…

The episode begins with the show's resident human-slash-dog, Brian, making a joke about Kevin Hart on Twitter that, inadvertently, sets off a firestorm across the social media platform, with outraged leftists calling for Brian's head over what they believe is his abject racism.

Soon, an angry crowd shows up at the family's door demanding that Brian's life be destroyed for what he thought was merely an off-color joke. He tries to call them off by claiming he's a bona fide progressive ("I'm so far left, I'm spinning in circles!") but the crowd refuses to believe him — that is, when he can get the words out. He has to try several times before he manages to find an opening for his statement that fails to earn him more scorn from feminists, transgender individuals and "human basketballs." (Daily Wire)

The episode does a brilliant job of confronting the stupidity of oversensitive liberals. In the linchpin scene, they even spend a little time mocking intersectionality and self-defined genders.

Say what you will about Seth MacFarlane’s style of comedy, but they hit the nail on the head with this one. Why did it take a crude, pot-loving, liberal comedy show like Family Guy to set the record straight? MacFarlane and his cohorts are just as liberal as the rest of showbiz.

It’s because, while the rest of TV and Hollywood are still foaming at the mouth over Trump, MacFarlane is smart enough to know other things are going on. While the hacks on late night TV bitch about Trump’s tweets, MacFarlane is actually trying to write good comedy. And while liberals hate conservatives, the real comedy gold is stuff like this:

(I TOLD you I wasn’t done with that clip and I never will be!)

The crazy reactions by triggered snowflakes on Twitter and other social media is the stuff comedians used to dream for. Great comedians look for real-life stuff to lampoon. Whenever they seen nonsense going on, nonsense that some people take seriously, they jump on it. It’s great material and they get to cast a light on society. Maybe spark discussion.

But the entrenched leftists in Hollywood, shell-shocked over the election, have ignored the idiocy they are seeing among liberals. Largely because they are the idiots. Or they want to protect liberals who are just expressing their genuine emotions. Aw.

A part of it is because they know if they mock the snowflakes, triggered activists, and riotous Antifa members, who would be left to support them?

It seems like the people on Family Guy aren’t afraid to go there. Or they have become so sick of the limp-wristed pandering of the lockstep Democrats that they had to act.

Either way, they weren’t done triggering fools. The episode continues with a scene that surely sent some to their safe spaces. In a moment that harkens to The Kingsman Secret Service, Meg and Chris come to the defense of their dog.

Lashing out violently against humorless pricks? That’s almost like therapy for them. It’s as if the writers of Family Guy were snapping the necks of every pathetic, panicky Twitter follower who loses their minds over a bad joke.

Everything is summed up pretty well with the line “Anything that makes me uncomfortable in 2017 should be illegal!”

Thanks to the nannying policing of politically correct liberals (and many limp-wristed conservatives) we have a society with no backbone. People can’t just suck it up and go on with their lives. They are so anemic, so spineless and weak-willed, that a bad joke can ruin their day.

Let’s keep in mind that North Korea just proved they could nuke the United States mainland. Let’s remember that man after man in Hollywood, news, and politics is being outed for sexual misconduct. People still struggle to find work, afford healthcare, and raise their families. Communist dictatorships continue to oppress their people.

But no, we should lose our minds over a Trump tweet.

This Family Guy episode, in being over the top, has brought a little bit of sanity back into the equation. Racism is an ugly terrible thing. And every generation must work to prevent it from rearing its head. But bad jokes and stupid comments online are not the same as real oppression. In fact, shocking humor has always been needed in a society of free thinkers. Pushing the envelope sparks conversations, challenges the status quo, and can lead to positive change.

But in the end, that’s what the snowflakes fear the most.