One Sided: Why Is The Media So Dishonest?

This past week we learned that one of the Huffington Posts most sexist and hate-filled articles, Could It Be Time To Deny White Men The Franchise? in which they call for white men to be denied voting rights, was taken down by the company. This was because it was discovered that the writer, Shelley Garland, was not a real person.

Garland’s profile – which has since been deleted – described her as an “activist and feminist” who is “working on ways to smash the patriarchy.”

Her article suggested denying “toxic white males” the right to vote for 20 to 30 years as a means of “seeing a decline in the influence of reactionary and neo-liberal ideology in the world.” (via Milo).

Even though the ideas in the article were patently insane and obviously a violation of anything that could be described as equality, the article was ultimately taken down because Shelley Garland was a made up persona.

“Huffington Post SA [South Africa] has removed the blog ‘Could It Be Time To Deny White Men The Franchise?’ published on our site on April 13, 2017,” it reads.

“We have done this because the blog submission from an individual who called herself Shelley Garland, who claimed to be an MA student at UCT, cannot be traced and appears not to exist.” (via HuffPo)

That's extremely embarrassing for any publication. But for a website- and growing media outlet- like the Huffington Post to allow a fake person (someone who claimed to be a student at a university) to publish a seemingly legitimate article, is a symptom of a larger problem.

Why would Huffington Post, which is supposed to operate according to some semblance of journalistic standards, allow someone to create an article under false pretenses?

Often people will write under pseudonyms. That's nothing new. In the age of the Internet, many bloggers and writers will create an alternate persona to protect their identity or to create a sort of mystique or brand. But it's generally understood from the outset that's the case. This wasn't that. This was someone lying and Huffington Post refusing to do the most basic background check before they posted this "extremely sexist and racist" article.

The problem lies of course, not in HuffPo's ability to vet their contributors, but in the fact that they actually agreed with the toxic ideas put forward in that article. The radical feminist editor of Huffington Post South Africa actually thinks it's a good idea to deny men the fundamental right to vote because "Garland's [a fake person's] underlying analysis about the uneven distribution of wealth and power in the world is pretty standard for feminist theory."

So the toxic ideology of this major publication aligns with the idea that white men everywhere should be denied the same freedoms as everyone else?

Yeah, there have been some asshole white guys through history. 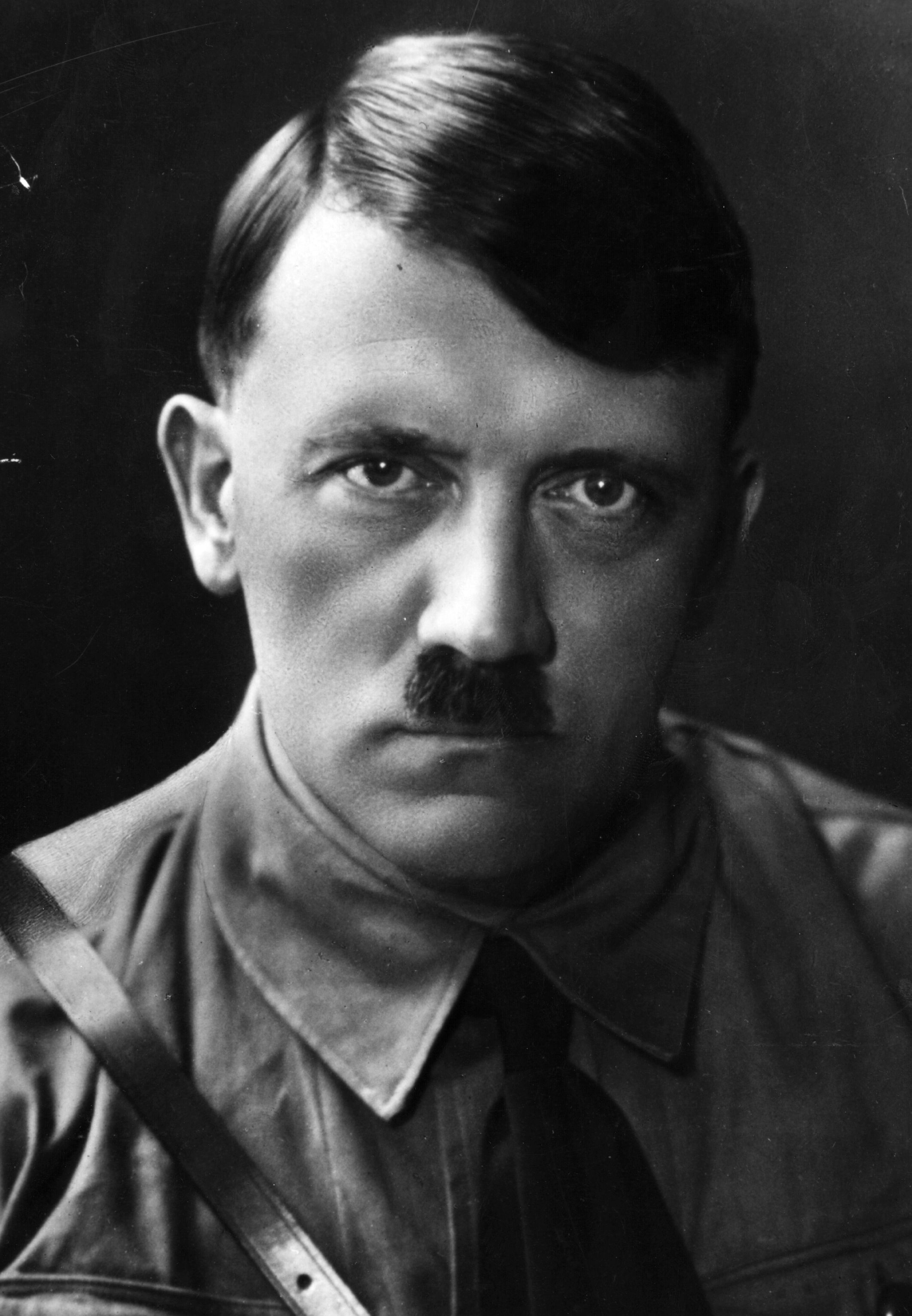 And it is a fact that some people have more money than others. But does that justify such radical and hate-filled views?

Here is a piece of that article:

If white men no longer had the vote, the progressive cause would be strengthened. It would not be necessary to deny white men indefinitely – the denial of the vote to white men for 20 years (just less than a generation) would go some way to seeing a decline in the influence of reactionary and neo-liberal ideology in the world. The influence of reckless white males were one of the primary reasons that led to the Great Recession which began in 2008. This would also strike a blow against toxic white masculinity, one that is long needed. (via Archive)

I mean, seriously? This is what passes for good journalism/editorial by the Huffington Post? There are no facts that back up "Garland's" assertions; no real basis for her conjecture. Just unabashed hatred for an entire group of people.

Imagine if someone said this about Asian men, or black women, or Arabs of either gender. Both conservatives and liberals would freak out. They would decry such reckless hate in the strongest of terms. Yet HuffPo had no problem publishing this kind of hate towards white men, until it was discovered that Garland was a fraud.

The problem? Liberal outlets are so hell-bent on pushing their "progressive" agenda (which at this point, is far more regressive than progressive) that they are willing to violate any last shred of journalistic ethics they have.

The victories of Brexit, Trump, and the current decline of the Democratic Party in America have made these groups so desperate, that they refuse to stay committed to honest reporting. Their desire to discredit someone like Donald Trump has motivated them to back the oddest of horses.

Even make deals with the devil. In some cases literally.

There is a document making the rounds around the witch community asking spell-casters to perform “a monthly binding ritual” with the sole purpose of getting President Trump impeached, reports the Huffington Post.

HuffPo states that the document instructs practitioners of witchcraft to cast a particular spell at midnight EST “on every waning crescent moon,” starting tonight. (via Milo)

Of course, it's the Huffington Post at it again. Not only did they "report" on this story, but they outlined the step-by-step instructions on how to curse the President of the United States. The line between commentary and outright opposition becomes incredibly blurred when a "respected" news outlet is actually teaching people how to cast spells against Donald Trump.

Has the left become so desperate that they are secretly (or openly) hoping that witchcraft is going to defeat President Trump?

Remember when the left accused conservatives of being anti-science for questioning even mildly issues like global warming? But now liberals are putting their hope in witchcraft to take down their political enemy.

These are the same people who scoff at Christians when they have prayer meetings for our leaders. Yet it's okay to embrace witchcraft, so long as it sort of coincides with their political agenda.

Your personal, spiritual beliefs aside, do you really think it's okay for a secular publication to provide instructions on how to curse an elected leader? The article was categorized as "weird news, " yet the opening sentence is "Donald Trump’s presidency has cast a pall over the nation, so now witches are casting a spell against him." It's clear what side HuffPo is on in the conversation.

Angry feminists and witches aside, the mainstream media regularly contradicts itself when it comes to resisting Trump and conservatives.

In the months following the election, they tried to drum up this idea that Trump's team was working with Russia to "hack" the election. Articles even suggested that intelligence agencies were monitoring the Trump team communications, suggesting that they were in talks with Moscow.

When President Trump announced that Obama was wiretapping his calls during the election, a potentially illegal action and violation of the Fourth Amendment, all those allegations from the media dried up. They were quick to reverse their previous statements in order to protect President Obama, even if it made them look like idiots.

When some outlets suggested that Obama used British Intelligence to monitor Trump, the media scoffed. Until it was proven to be true.

CNN has published a report apparently confirming several aspects of a statement made by Judge Andrew Napolitano that was deemed fake news roughly a month ago.

In one article, CNN described the claims as “uncorroborated” and suggested Trump ought to apologize...

President Trump refused to apologize at that time and it’s apparently good he didn’t in light of an article CNN published today titled “British intelligence passed Trump associates’ communications with Russians on to US counterparts.” (via Milo)

You could say that CNN and others were rightfully skeptical early on and refused to believe the assertion until it was corroborated. But that is not what they did. They called out President Trump for claiming British intelligence helped Obama and said he should apologize. It's clear that CNN was quick to vilify Trump for the statement, without doing any kind of due diligence themselves.

Now they published an article confirming the reality that British intelligence was passing on communications from the Trump team to U.S. agencies. Are they going to apologize to Trump for calling him a liar? I doubt it.

It's clear the current agenda of the mainstream media is to attack and slander President Trump in the hopes that his first term- regardless of the real outcome- will be viewed by the American public as a failure. Then he won't get reelected to a second, plain and simple. That and the ongoing campaign to shove third-wave feminism and social justice down our throats in the hopes of indoctrinating more people to their toxic way of thinking.

They are so determined to accomplish these goals, that basic common sense and logic no longer fit into the equation. The idea of checking sources and following up on information takes a back seat to pushing their personal ideas. Long gone are the days of giving the President of the United States the benefit of the doubt before calling him a liar. Gone are the days of actually checking to see if a writer for your site actually exists and isn't completely made up.

Gone are the days of not siding with witches in the bizarre, outside hope of upsetting a sitting leader.

That's what we've come to expect from the mainstream media. And it’s high time we said, "No more."